Ask Chris: What is the difference between contactors, motor starters, relays and circuit breakers?

We’ll look at the history of  electrical protection in this post to see how the difference between relays and circuit breakers evolved.

Switches allow the system operators to close electrical circuits so that electricity can flow into an electrical system.  They range from simple knife switches like you see in Frankenstein movies, to the light switches in your house, to complex mechanisms designed to open and close in high-voltage systems. Switches have the following limitations in an electrical system: 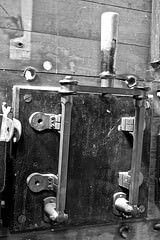 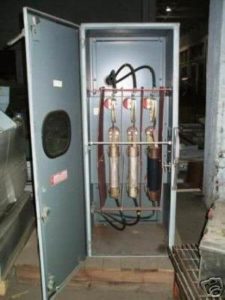 The early developers of electric systems quickly realized that you can get some spectacular explosions and damage when something goes wrong with electricity. The first protective device was probably unintentional as some part of the system simply melted away and isolated the rest of the system. This is the principle used in simple fuses.  A fuse has two conductive ends and some kind of material between them that is intentionally designed to melt when the current through the fuse exceeds its rating. Fuses can range from simple household fuses, to complex current-limiting fuses designed to limit the amount of fault current that can flow through it. 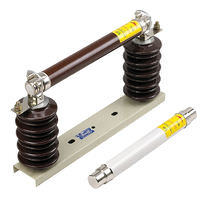 Anyone who has replaced a fuse in their house or car can understand how inconvenient it is to:

Now imagine that you are a lineman who has to: 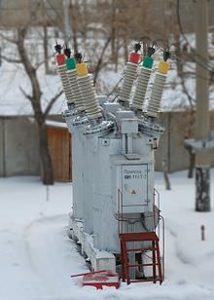 There are two different classes of relays; protection relays and control relays.  Protective relays monitor the electrical system and look for abnormalities. Some types of protective relays include:

Protective relays take the manageable voltages and current supplied by the instrument transformers and create a model of the current and voltage supplying a system. If the relay detects a problem,  it will send a trip signal to the circuit breaker. Determining whether the system is normal or abnormal is often the hardest part of protective relay testing and design. Protective relays and circuit breakers must work together to detect faults and isolate those faults from the rest of the system. 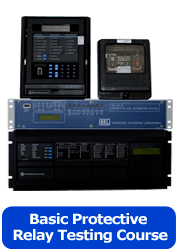 A contactor is installed to provide the same function as a switch or circuit breaker, but has a completely different operating principle. When you move a switch or a circuit breaker into the closed position and then stop, the switch or circuit breaker will stay in that position. If the person who moves the switch isn’t present, or the system that sends the open signal to the breaker stops working, the switch and circuit breaker will stay closed until they either melt down or are opened by some other means. A contactor is held closed by an energized coil.  If something happens to the power supply controlling a contactor, the contactor will immediately open.  This is called a fail-safe system because if something unexpected goes wrong with the control circuit, the contactor will open and the system will be “safe”.  If something happens to the control circuit of a circuit breaker, it will stay in whatever position it was before the problem, which may not be a “safe condition”.  Contactors are typically used in motor applications to protect the motor, or the process the motor is used to operate, when something happens to the control system. 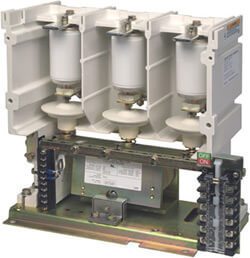 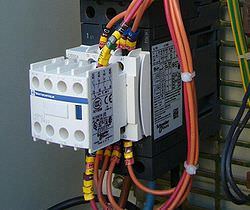 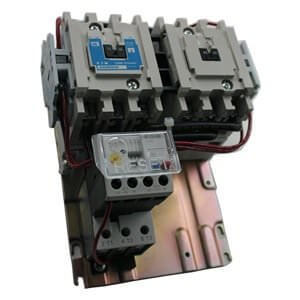 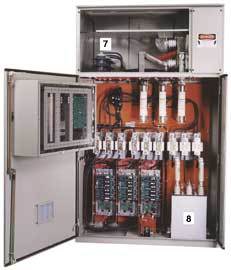 A summary of the difference between contactors, motor starters, relays and circuit breakers.

Switches, circuit breakers, and contactors are used to control what parts of an electrical system are energized or de-energized.

Fuses are used to protect the electrical system when something goes wrong, and can isolate the faulted parts from the normal parts.

A contactor energizes and de-energizes a motor based on information from the motor starter control system.

A motor starter energizes and de-energizes a motor using a contactor, system of contactors, or other means.

I Want to Know How a High Impedance Differential Scheme Works